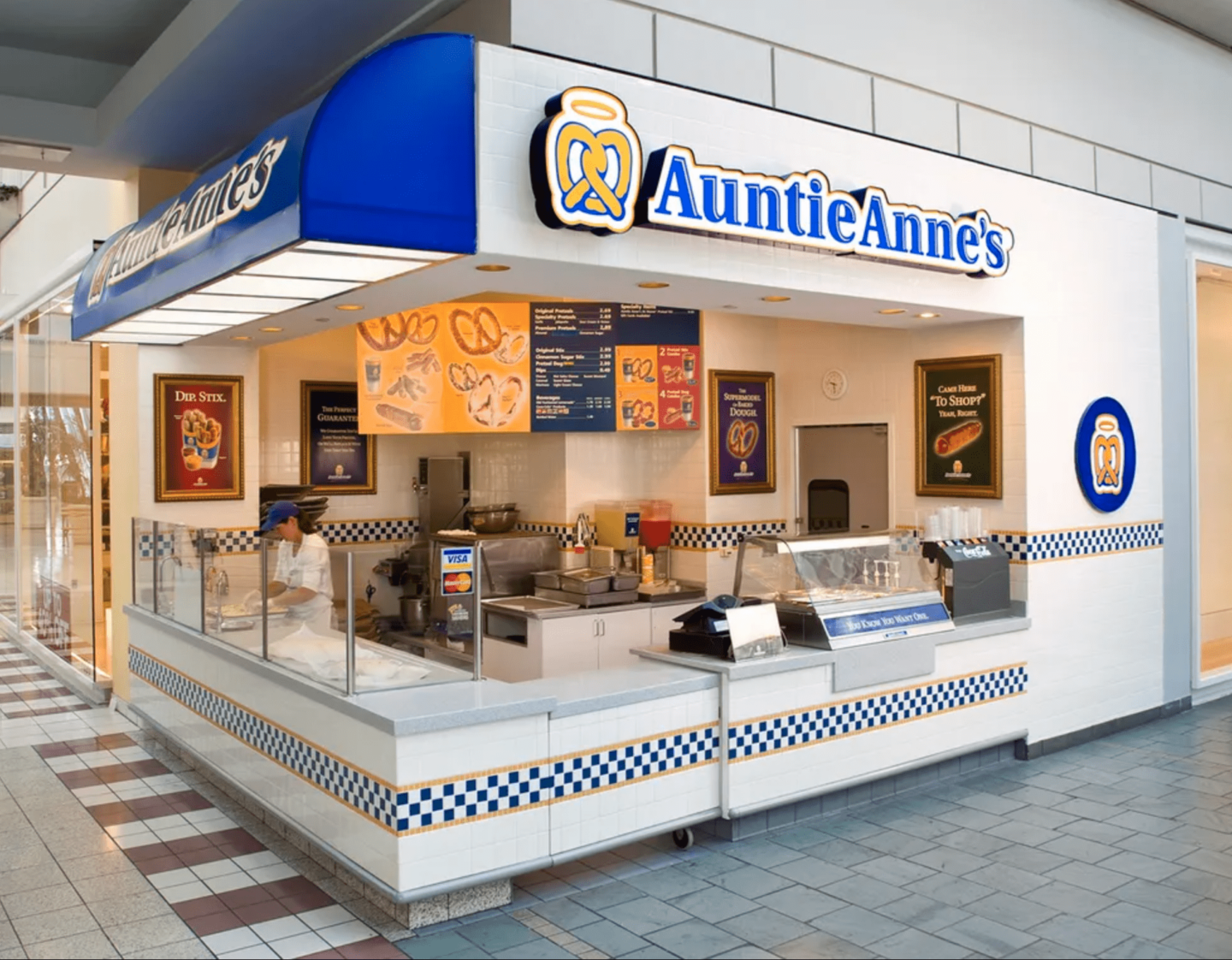 Auntie Anne’s is a franchise of pretzel shops founded in 1988 by Anne Beiler (Auntie Anne) in Pennsylvania. Auntie Anne’s is owned by FOCUS brands, headquartered in Atlanta, Georgia and sells hand-rolled soft pretzels, dipping sauces, drinks, and other snacks.

If you’re looking to start your own business, Auntie Anne’s might be a good option. The company has a proven track record of success and offers a variety of franchise opportunities. Before you decide to invest, however, it’s important to understand the costs, fees and earnings potential of an Auntie Anne’s franchise.

Is Auntie Anne’s a franchise or chain?

When most people think of Auntie Anne’s, they probably think of it as a chain of stores that sell pretzels. And while it’s true that Auntie Anne’s does have multiple locations, it’s actually classified as a franchise.

So what exactly is the difference between a franchise and a chain?

A franchise is a business that is owned by an individual, but which uses the same branding and marketing as other businesses in the franchise.

A chain, on the other hand, is a series of stores owned by one company and selling the same merchandise.

Auntie Anne’s falls into the former category, which means that each store is individually owned and operated.

However, all Auntie Anne’s stores must adhere to the company’s strict guidelines in order to retain their franchise agreement.

This includes things like using the same recipe for the pretzels, providing uniform customer service, and following the same marketing strategy.

As a result, Auntie Anne’s Franchisees must be very dedicated to maintaining the high standards set by the company.

But for many people, the effort is well worth it; after all, who doesn’t love a delicious pretzel?

How Many Auntie Anne’s franchises are there?

The first Auntie Anne’s opened in Pennsylvania in 1988. The company has been franchising since 1989 and growing steadily ever since.

Today, Auntie Anne’s is best known for its fresh-baked pretzels, which come in a variety of flavors including original, cinnamon sugar, and almond.

In addition to pretzels, the chain also offers a selection of beverages and other snacks. With so many locations to choose from, it’s easy to get your pretzel fix no matter where you are.

Why does it seem like Auntie Anne’s is only located in malls?

If you’ve ever been to a mall, chances are you’ve seen an Auntie Anne’s. In fact, the franchise is so closely associated with malls that many people mistakenly believe that it is only found in shopping centers.

However, while Auntie Anne’s does have a strong presence in malls, the franchise actually has locations all across the country. So why are Auntie Anne’s pretzels so closely associated with malls?

There are a few reasons. For one, malls provide a built-in customer base for businesses like Auntie Anne’s. With thousands of people coming to the mall every day, there’s a good chance that some of them will want a pretzel.

Additionally, malls tend to be located in busy, high-traffic areas, which makes them prime locations for businesses that rely on foot traffic.

How much does an Auntie Anne’s Franchise cost?

Many people dream of owning their own business, and for some, that dream includes owning a franchise. But before you can open your doors for business, you need to know how much it will cost to get started.

So, how much does an Auntie Anne’s franchise cost? The answer may surprise you.

Some of the fees that may be associated with the store include a management system license fee, a development deadline extension fee, a reasonable administrative fee, a training cancellation fee, an online ordering fee, a pos system support fee, a relocation extension fee, loyalty program fees, a computer systems fee, a loyalty app fee, a supply chain fee, guest relations fee, or a renewal fee.

Of course, this is just the initial investment. But if you’re willing to put in the work, an Auntie Anne’s franchise can be a great way to achieve your dream of owning your own business.

What is Auntie Anne’s franchise fee?

In addition to the franchise fee, you’ll also need to have enough liquid capital to cover the costs of opening and running your franchise. You can get a full idea of the costs associated with this in Auntie Anne’s FDD.

How much do Auntie Anne’s franchise owners make?

Auntie Anne’s is a popular franchise chain that specializes in soft pretzels and franchise owners typically need to have a minimum of $100,000 in liquid capital and a net worth of at least $300,000.

Overall, Auntie Anne’s is a successful franchise chain with many locations worldwide. If you’re looking to start your own business, Auntie Anne’s might be a good option. Just keep in mind that the initial investment can be costly. But if you’re willing to put in the work, owning an Auntie Anne’s franchise can be a very profitable venture.