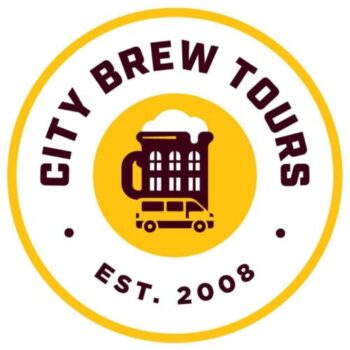 Founded in 2008, City Brew Tours leads educational craft brewery tours. Tour offerings include both public and private tours, as well as corporate events and custom tour packages. It was started by Chad Brodsky who fell in love with craft beers while studying in Austria.

In this article, we’ll take a look at the franchise costs and fees associated with City Brew Tours, as well as some important earnings statistics.

Is City Brew Tours a franchise?

City Brew Tours offers a unique opportunity to explore the ultimate craft beer experience in the local craft beer scene in some of America’s most vibrant cities. Whether you’re a beer lover looking for a new adventure or a brewery owner considering opening a franchise, City Brew Tours is definitely worth checking out.

City Brew Tours is a franchise that offers beer lovers the opportunity to sample the best brews in the best beer cities. With over a decade of experience, City Brew Tours has become a popular way to experience a city’s craft beer scene. The company offers a variety of tours, each of which takes participants to three to four different breweries.

All of the tours are led by knowledgeable guides who are passionate about beer. They also work closely with local breweries to ensure that their tours offer an authentic and educational experience.

With many locations across the United States, City Brew Tours is a great way to explore the country’s thriving craft beer culture.

How many City Brew Tours franchises are there?

City Brew Tours has been franchising since 2018. There are five franchise locations in the United States and one in Canada. Through both franchises and company-owned tours, City Brew Tours offers tours in 16 different cities giving both beer lovers and those new to the world of craft beer a chance to learn about the brewing process and taste a wide range of different beers. At each stop, they are given a short tour of the facility and then given the chance to sample several different beers.

Whether you’re looking for tours that cover beermaking in your city or unforgettable all-inclusive tours, City Brew Tours has you covered.

Private tours can be customized and are a great option for groups looking for more beer knowledge along with a unique and educational experience.

Corporate events are also a great way to team-build and entertain clients. City Brew Tours can work with you to create a custom event that fits your needs.

How much does a City Brew Tours franchise cost?

For a low initial investment, franchisees receive everything they need to get started, including a turnkey business model, working capital, exclusive territory rights, and other start-up costs.

So what does it cost for a City Brew Tours franchise?

The initial investment for a City Brew Tours franchise ranges from $68,200 – $91,500, which also includes comprehensive training and support along with marketing assistance.

In addition to the initial investment, other costs include a royalty of between 5.5% and 8.5% on gross sales and a 1.5% brand fund fee on gross sales.

For those looking to get into the craft beer industry, City Brew Tours provides an affordable and easy way to get started.

What is the City Brew Tours franchise fee?

The City Brew Tours franchise fee is $30,000. This includes the right to use their name and logo and territory rights to the franchise once the franchise agreement is signed.

City Brew Tours also requires potential franchise owners to have a minimum net worth of $100,000 and $25,000 in liquid assets.

How much do City Brew Tours franchise owners make?

Earnings can vary greatly depending on a number of factors, including the location of the tour, the size of the operation, and the amount of marketing and advertising that is done.

The most successful franchise owners are those who are able to generate a lot of word-of-mouth buzz and who are able to attract a steady stream of customers. In order to achieve this level of success, it is important to offer an enjoyable and informative tour that highlights the best that your city has to offer in terms of its brewing scene.

If you’re a beer enthusiast, this franchise could be a fun side hustle for you that helps you stack extra cash.

On my recent trip to Montreal, one of my friends booked a pub crawl for our group. Low and behold, a big van with City Brew Tour branded on it was there to pick us up.

^There’s a live look at one of the beers we had (at each location we received a few small flights to try different beers).

Our brewery tour host was the franchise owner, and he told me that Monday – Friday he works as a carpenter, running his own home-improvement business. He loves doing City Brew Tour on the weekends though as it helps him:

For him, it’s a fun (profitable) passion project, and outside of paying for marketing and the gas money to drive groups around,  just about everything else is included in the fee to go on brewery tours – making this a high-margin business!