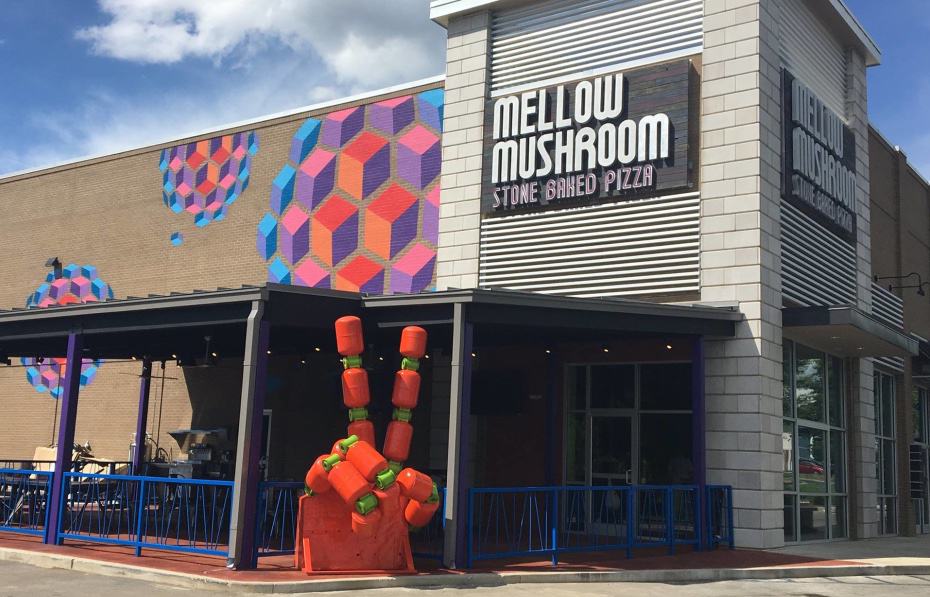 Mellow Mushroom begin operation and was founded in 1974. Their first restaurant was opened in Atlanta, GA. They started franchising their locations in 1987 and the company has over 150 locations across the United States.

A Mellow Mushroom restaurant offers salads, hoagies, appetizers, and a great beer selection. Additionally, they are known for their eccentric art designs and specialty pizzas. Some locations even have live music for patrons to enjoy with their meals.

Is Mellow Mushroom a franchise or chain?

Mellow Mushroom is a franchise of pizza restaurants that was founded in Atlanta.

The company is known for its unique Mellow Mushroom pizza recipes and its wide selection of beer. The company prides itself on using fresh ingredients and providing a relaxed and comfortable atmosphere for its customers.

One difference between them and their competitors is the size of the pizza restaurant which runs between 4,000 – 5,000 sq. ft.

How many Mellow Mushroom franchises are there?

At the start of 2022, there were 173 Mellow Mushroom franchises in the United States. Since the first Mellow Mushroom opened in 1974, the company has since expanded to include locations throughout the southeastern US. The company is known for its unique pizzas, which are hand tossed and stone-baked. In addition to traditional pizzas, Mellow Mushroom also offers a variety of vegan options.

Mellow Mushroom prides itself on using fresh ingredients and providing a relaxed and enjoyable dining experience and it’s easy to see why Mellow Mushroom has become such a popular pizza franchise.

How much does a Mellow Mushroom Franchise cost?

It should be noted that the initial investment for a Mellow Mushroom franchise can range from $1,646,000 – $2,591,000, not including the cost of the real estate the land sits on. In addition, there is a brand fund fee of 2% and a royalty of 5%, both on gross sales.

The total investment varies and potential franchisees should carefully consider their financial situation before making a decision. The franchise cost covers include training and support from the franchisor, which can help you get your business up and running. For those who are interested in joining the franchise, the initial investment could be a good way to get started in owning your own business.

Franchisees also must meet certain criteria, such as having minimum liquid assets of $500,000. Each signed franchise agreement gives the franchisee the right to operate a Mellow Mushroom location for 15 years.

Another requirement is restaurant, multi-unit franchisee, or operations experience.

There is also a development agreement that gives the development rights to a set number of restaurants in a particular territory to a franchisee.

What is the Mellow Mushroom franchise fee?

Overall, the Mellow Mushroom franchise fee is a reasonable investment for those interested in starting their own pizzeria business.

How much do Mellow Mushroom franchise owners make?

Mellow Mushroom does not publicly release its franchise earnings potential so it’s unclear how much franchise owners make.

It should be noted that Franchise earnings vary widely depending on a number of factors, such as location, size of the restaurant, labor costs, and the owner’s experience. For instance, a franchise owner in a small town is likely to make less than one in a major city.

Additionally, an owner with many years of experience is likely to earn more than a new franchisee.

Mellow Mushroom is not your typical pizza franchise. It has a unique atmosphere (see the picture below), 4,000-5,500 square feet per restaurant, and offers a full cocktail and beer menu.

This is a much different offering than a Little Caesar’s or Dominos that focuses on essentially just pizza, delivery, or pickup only (no dine-in option), and operates in ~1,000 square foot real estate locations.

Given the increased square footage, and the fact that they offer a full-service alcohol bar, it’s no wonder the investment is upwards of $2 million dollars for Mellow Mushroom.

As mentioned above, unfortunately, they do not share any financial performance representations for their franchised locations, so you’d have to speak with existing owners to acquire that information.

To hear directly from the owner of 7 Mellow Mushroom locations, you can listen to my conversation on Franchise Empires with Nick Panos.

At the moment, with ~175 locations open, Mellow Mushroom is considered a regional franchise and is yet as well known as other pizza franchises like Pizza Hut, Dominos, Little Caesar’s, Papa John’s and others.

The Mellow Mushroom franchise is a great opportunity for those interested in starting their own pizzeria business. The company has a proven business model and offers a variety of menu options that are sure to please customers. From its eclectic designs to its big locations, it has something for everyone.

Even though the company doesn’t publicly provide financial data, owning a Mellow Mushroom franchise is definitely worth considering.