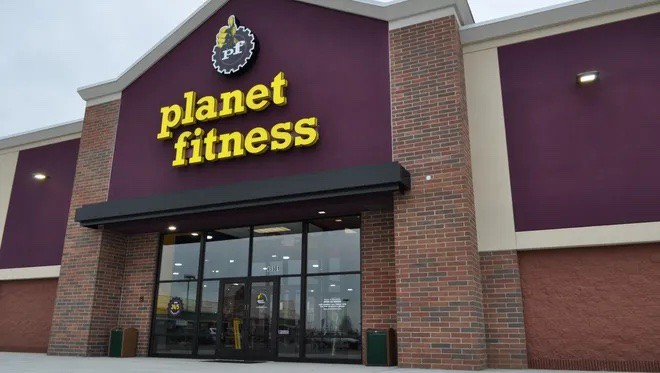 Planet Fitness was founded in 1992 by Michael and Marc Grondahl and has since grown to become one of the largest fitness franchise chains in the world. The company is known for its inclusive approach to workouts and judgment-free atmosphere.

Planet Fitness franchises can be found in all 50 states of the US, as well as in Canada, Latin America, and Australia.

In this article, we’ll provide an overview of the franchise fee, start-up costs, and ongoing costs for a Planet Fitness franchise.

Is Planet Fitness a franchise or chain?

Planet Fitness is a franchise. The company is based in New Hampshire and started franchising in 2003. It currently has more than 2,000 locations across the world. One of the reasons for its success is its low-cost membership model, which is $10/month. Planet Fitness caters to people who don’t already have gym memberships and currently has 16.2 million members.

There’s no doubt that Planet Fitness has carved out a successful niche for itself in the fitness franchise industry and it shows no signs of slowing down.

With locations in every state and affordable monthly membership fees, they might just be the perfect fit for you.

How Many Planet Fitness franchises are there?

As of the start of 2022, there were 2,170+ Planet Fitness locations in operation. The company was founded in 1992 and has since grown to become one of the largest fitness chains in the country. In addition to traditional gyms, Planet Fitness also offers a variety of fitness-related services, including tanning and massage.

The company’s goal is to provide a welcoming environment for all levels of fitness, and its slogan is “no judgment zone.” it’s no surprise that Planet Fitness has been so successful. And with more and more people looking for ways to get fit on a budget, it seems likely that the company will continue to grow in the years to come.

How much does a Planet Fitness franchise cost?

However, those who are serious about getting in shape will find that the cost is well worth it. In addition to providing fitness training services such as top-notch equipment and amenities, Planet Fitness also offers a supportive community that can help you reach your fitness goals.

What is the Planet Fitness franchise fee?

The Planet Fitness initial franchise fee is $20,000. This covers the cost of being able to use their name and logo.

It’s no secret that the fitness industry is booming. Americans are increasingly focused on leading healthy lifestyles, and gyms are reaping the benefits.

One of the ways the Planet Fitness franchise business has had success is due to the chain’s low-cost business model. Unlike other gyms, which often charge high monthly fees, Planet Fitness only charges $10 per month.

This low price point has helped the chain attract a large number of customers, In addition, Planet Fitness has been able to keep costs down by avoiding many of the expenses associated with traditional gyms, such as hiring personal trainers and offering group classes. As a result, it’s no surprise that Planet Fitness is one of the most profitable fitness franchises in the country.

So, do Planet Fitness franchises make money? The answer is yes.

In fact, thanks to its low-cost model and its growing popularity, Planet Fitness should continue to be a great franchise for years to come.

How much do Planet Fitness franchise owners make?

When it comes to Planet Fitness franchise owners, there is no one-size-fits-all answer. Some franchisees may choose to open multiple locations, while others may prefer to focus on a single location. Additionally, the size and location of the franchise will impact earnings. The upper third of Planet Fitness franchisees made on average $800,000 EBITDA, the middle third $400,000, and the bottom third $90,000.

Keep in mind there is a royalty fee of 7% and a brand fund fee of 9%, both on gross sales.

It’s been around for some time now as it was founded in 1992. Unlike new-aged competitors that focus on boutique fitness workouts or high-intensity interval training, Planet Fitness is a classic big-box gym that offers members the freedom to do their own workouts.

The fitness franchise is so large that it even went public in 2015, and it currently has a ~$6 billion market cap. This isn’t surprising given the success of the franchise – it averaged over $1 million in revenue in 2021 across the locations they disclosed, and the top 3rd of corporate locations did over $700,000 in EBITDA!

That’s massive cash flow for any business, although it must be noted it comes at the cost of anywhere from $936K to a little over $4.5 million. That’s not a cheap franchise by any means.

Granted, the franchise has brand recognition and a strong operating margin at scale, but the hardest part for new owners would be breaking into the system. There has been recent m&A activity within this brand and it’s primarily large franchisees acquiring smaller ones, or private equity companies buying up 60-100+ gyms at a time.

This makes it difficult for new entrants to own this brand. If you’re interested in fitness brands, there are many others you can look into, however!

The initial investment is high, but the franchise fee is reasonable. The Planet Fitness business model and franchisees are profitable. As with any franchise investment, it is always advised to do your own diligence and research.