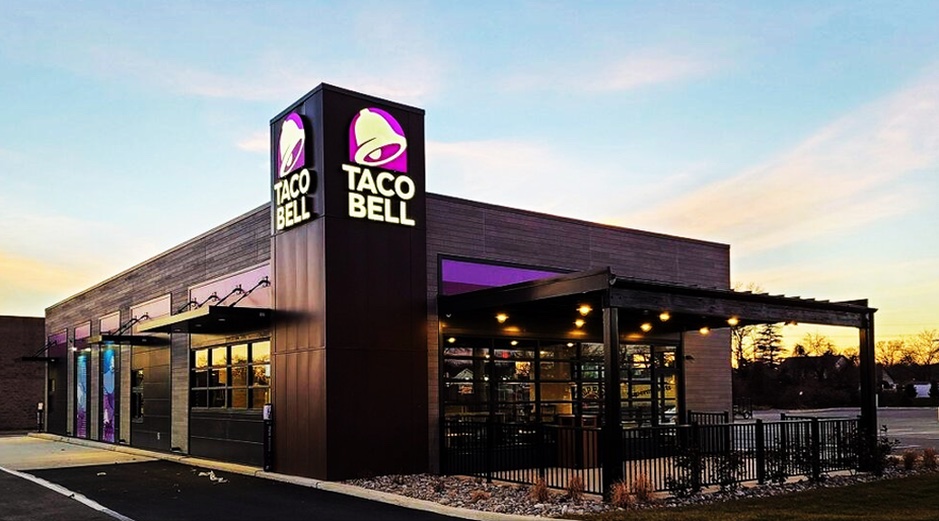 Taco Bell was founded in Downey, CA in 1962 by Glen Bell and he started franchising in 1964. The company has since grown to over 7,000 locations worldwide.

In recent years, the Taco Bell restaurant has been working to appeal to a wider audience by offering healthier options. Some of those options include vegan and vegetarian items in Taco Bell Restaurants.

In this article, we will discuss the costs, fees, and earning stats of Taco Bell franchise locations.

Is Taco Bell a franchise or chain?

Taco Bell Corp is a fast-food franchise that specializes in Mexican-inspired cuisine. Taco Bell’s owned by Yum! Brands, Inc., the same company that owns KFC and Pizza Hut. As a result, Taco Bell is often considered to be part of the “Yum! Brands family.”

However, there are some key differences between Taco Bell and other Yum! Brands restaurants. For example, Taco Bell locations are typically smaller and more focused on drive-thru service.

In addition, Taco Bell offers a wider variety of menu items than either KFC or Pizza Hut. As a result, Taco Bell has built a unique identity within the Yum! Brands family of restaurants.

How many Taco Bell franchises are there?

There are currently over 7,500 Taco Bell locations open worldwide. The majority of these restaurants are located in California, Texas, Florida, and Ohio have the most locations in the US.

In addition to the traditional fast-food fare, Taco Bell offers a number of unique menu items, such as the Doritos Locos Tacos.

The franchise has expanded to almost 30 countries worldwide. This international presence is another indication of the brand’s continued success.

How much does it cost to open a Taco Bell franchise?

If you’re thinking of opening a Taco Bell, there are a few things you need to know. The Taco Bell franchise cost can be significant, between $575,600 – $3,370,100. However, this figure can vary depending on the location of the restaurant and the size of the building as well as construction, equipment, and inventory. It also covers the costs associated with training new employees and marketing the restaurant.

Of course, these are just some of the costs associated with opening a Taco Bell – you will also need to factor in things like staff salaries, marketing, and other operating expenses.

Taco Bell is one of the most popular fast-food franchises in the world and there is a strong demand for their products. A franchise could be a good opportunity if you’re passionate about Mexican food and have the financial resources to back up your venture.

What is the Taco Bell franchise fee?

For those interested in opening a Taco Bell, the current initial franchise fee is between $25,000 and $45,000. This fee gives the Taco Bell franchisees the right to use the Taco Bell name and logo, as well as access to their proven business model. In addition to the franchise fee, you will also need to pay for things like marketing, initial inventory, and equipment.

However, the company does offer financing options for qualified candidates. If you’re interested in joining the Taco Bell family, the first step is to submit an online application. From there, a franchising specialist will be in touch to discuss the next steps, which may include signing a franchise agreement among other things. There is a third-party transfer fee for fast-food franchise owners.

How much does a Taco Bell franchise owner make a year?

Although Taco Bell doesn’t share any financials in their Franchise Disclosure Document, the average unit volume of a Taco Bell franchisee was roughly $1.6 million in 2020. Although earnings can vary depending on the location and size of the franchise, an average Taco Bell owner can make an average of $80,000 – $90,000 a year.

Of course, this is only an average, and some franchise owners may make significantly more or less depending on how well their business is doing. There are also a number of other factors that can affect earnings, such as the cost of labor and supplies, and the amount of competition in the area. However, with a good location and a strong marketing plan, a Taco Bell owner can reasonably expect to earn a decent income.

Despite no financial information in their FDD, Taco Bell is owned by Yum! Brands, a multi-billion dollar public company that also owns the popular franchises KFC, Pizza Hut, and The Habit Burger Grill.

Via their public filings, it’s widely reported that Taco Bell has an average unit volume of roughly $1,650,000.

Averaging over $1.5 million dollars per restaurant is a very impressive feat – and it should return six figures in income per location to the owner. Taco Bell is however very expensive, as it can cost up to ~$3.4 million to build a single location!

Given the high investment range, I’d only recommend this brand for sophisticated operators or those with managerial experience at a location! While Taco Bell is a national brand that should offer steady returns in any economic climate, like many big franchises such as McDonald’s, it can be very difficult for a new franchisee to attain ownership unless they’re already within the system.

If you are interested in food franchises, there are many new emerging brands that can likely offer similar bottom-line returns for a lower investment!

In conclusion, Taco Bell has a proven business model that is ideal for prospective franchisees. While the initial investment can be a bit high, the Taco Bell brand is strong and recognizable worldwide, so there is potential for good earnings.

I hope this Taco Bell franchise analysis was insightful to read!