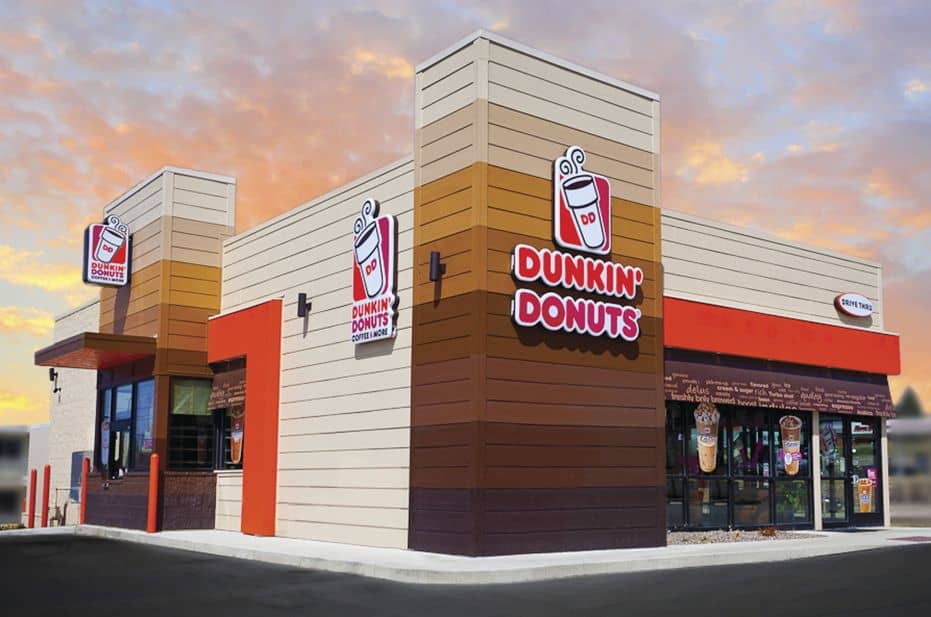 Dunkin Donuts is a global coffee and doughnut brand that was founded in 1950 by Bill Rosenberg. The company has since grown to become one of the largest quick-service restaurant brands in the world. The franchise offers a variety of menu items including coffee, doughnuts, and other baked goods.

In this article, we will discuss the costs and fees associated with opening a Dunkin Donuts franchise, as well as the company’s earning potential.

Is Dunkin’ a franchise?

A franchising model has been very successful for Dunkin Donuts, and it has helped the company to expand rapidly over the past few decades.

All Dunkin’ franchisees must undergo an approval process, which includes a financial review and an evaluation of the business plan, and lastly, the signing of the franchise agreement.

If approved, they must then complete a training program. This ensures that each franchisee is well-prepared to provide guests with the high-quality experience they expect from Dunkin’. Dunkin Donuts already has a very strong brand identity, and it is known for its high-quality products.

Franchisees are then responsible for running the day-to-day operations of the store and paying marketing and royalty fees to the parent company.

How many Dunkin Donuts franchises are there?

There are over 11,000 Dunkin’ Donuts franchises in 36 countries. The vast majority of these franchise locations are in the United States, where there are over 8,500 stores as of January 2022.

Dunkin’ Donuts first began franchising in 1955 and since then, the company has continued to expand its reach both domestically and internationally.

In recent years, Dunkin Donuts has been increasingly focused on becoming a “beverage-led” brand, offering a wide range of coffee and tea drinks as well as an expanding menu of food items. With its delicious food and convenient locations, it’s no wonder that Dunkin Donuts is one of the most popular franchises in the world.

While the number of Dunkin’ Donuts franchises has grown significantly over the years, the company shows no signs of slowing down. As a result, the company will likely continue to be a dominating force in the global coffee and doughnut market for years to come.

How much does it cost to open a Dunkin Donuts franchise?

Dunkin Donuts is one of the most popular coffee and doughnut franchises in the United States. There are franchise opportunities available for those who want to open their own store. But, how much does it cost to open a Dunkin Donuts franchise?

But despite the high initial investment, many people believe that opening a Dunkin Donuts franchise business can be a good opportunity.

What is the Dunkin Donuts franchise fee?

If you’re interested in opening your own Dunkin brands franchise, the first step is to pay the franchise fee. The amount of the fee varies depending on several factors, such as the location of the franchise and the number of stores that are being purchased.

How much does a Dunkin’ Donuts owner make a year?

The below table represents performance data from 2,719 Dunkin’s with drive-thrus, and 461 without a drive-thru:

However, it should be noted that these figures do not take into account the costs of running a franchise, such as rent, payroll, and inventory. As such, the actual profit margin for Dunkin Donuts franchise owners will be lower.

Dunkin’ Donuts is an incredibly popular brand in the United States, particularly in the New England region. While they originally focused on selling donuts and other baked goods, they’ve shifted their focus to more and more coffee products over the years, which is why the word “donuts” is dropped from their brand these days. This move was primarily done to compete more with Starbucks – as their competitor is the number one coffee chain in the world, while Dunkin’ is the second largest.

Not only is coffee their go-to menu item, but it’s also their most profitable (according to a Dunkin franchisee I interviewed). With an average revenue of $1,467,965  in their drive-thru locations, Dunkin’ locations have an impressive average unit volume!

While it’s tough to find available territory if you’re able to find a way into the Dunkin’ brand it can be a great opportunity when you have multiple locations under ownership!

This is not investment advice. As always, look at the franchise disclosure document and do your own research and due diligence before investing and realize any investment comes with risk.